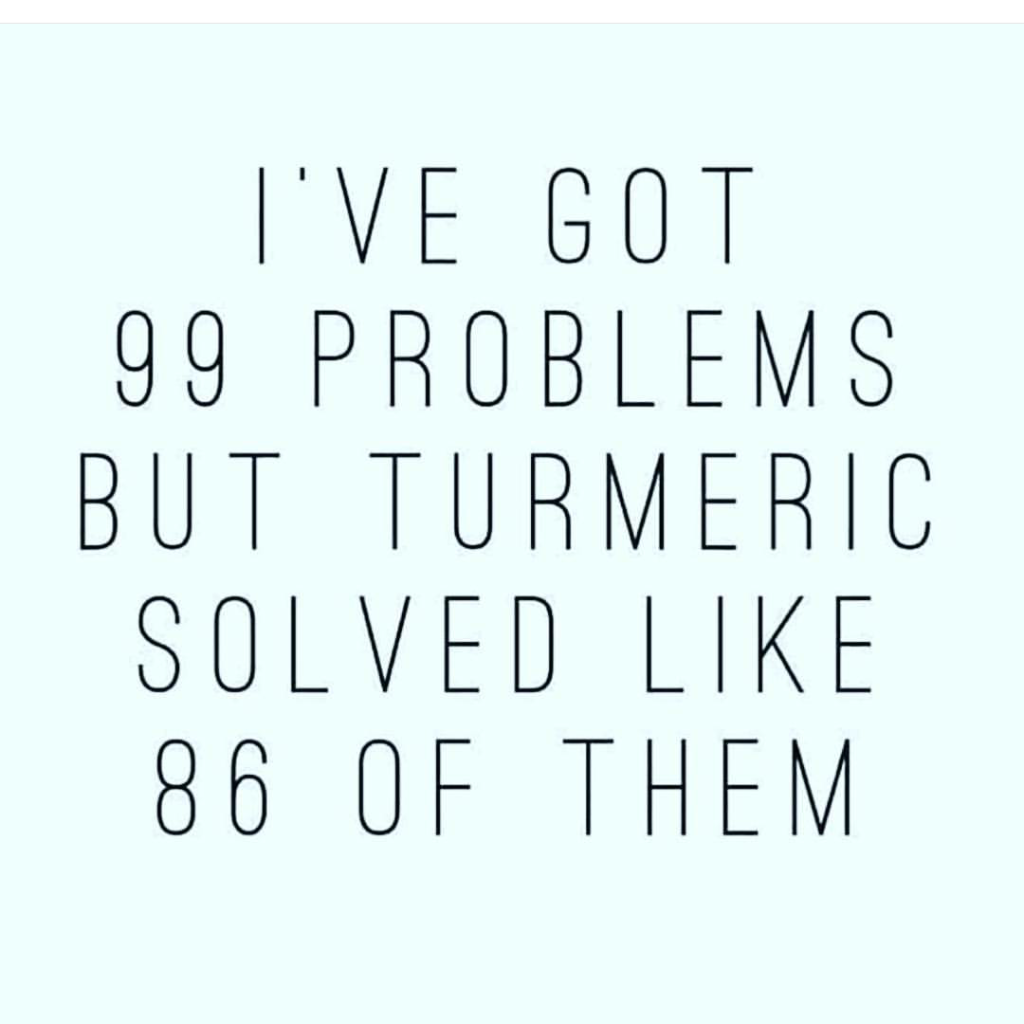 After my #BreastCancer diagnosis , I assumed I would be put on a strict bland food and water diet (to a #CaribbeanGirl that’s like a death sentence – we love our spicy, well seasoned food!) But doing some research changed my perspective- I learned that some herbs and spices contain #phytochemicals, which stimulate the immune system and aid in keeping cancer at bay. Below are a list of cancer fighting spices that helped me #SlayCancer and that will be a staple in my life.

This spice’s active ingredient is curcumin, which gives curry powder its yellow color and  is one of the most powerful anti-inflammatories identified to this day( Uugh now I want a curry chicken roti but I digress!) Studies have shown that curcumin helps prevent several forms of cancer including breast, lung, stomach, liver, and colon because of its anti-inflammatory and antioxidant properties. It stops the development of cancer by interfering with the cellular signaling aspects of the chronic disease. Curcumin can work against these blood vessels and essentially choke the cancer cells to death. Mixing tumeric with black pepper and olive oil can activate curcumin’s power. A little goes a long way and it adds a unique and delicious undertone to common foods. A teaspoon or two can also be added to soups, sauces, or stews — a tasty way to practice cancer prevention.

Garlic contains sulfur compounds that may stimulate the immune system’s natural defenses against cancer, and may have the potential to reduce tumor growth. Studies suggest that garlic can reduce the incidence of stomach cancer by as much as a factor of 12!. Garlic is a versatile cooking essential. It’s delicious when added to vegetables and meats dishes….you can definitely find garlic in callaloo or a simple rice and peas dish.YUM!

The anti-inflammatory properties of ginger prevent precancerous tumors from creating the perfect breeding ground and climate for growth. Ginger causes the cancer cells to “commit suicide” by destroying themselves while leaving the surrounding healthy cells untouched. Store ginger in the freezer and grate a bit into lentils or rice when cooking. Steeping a few thin slices in hot water for 10 to 15 minutes can create a calming tea that may help with nausea and also decrease cancer risk.”Go and drink some ginger tea” is definitely a staple directive in every Caribbean household! #DontDebateMeBro)

Pepper mill may not just be a weapon against bland food. It could stop cancer cells from growing and dividing. The zingy pepper active substance called piperine inactivates cells with early signs of cancer trouble and leave healthy cells alone! It is a naturally occurring chemical compound with strong antioxidant properties that inhibits the growth of cancerous stem cells of breast tumors. Throw some black pepper on some Okra and trust me, it will be delicioso!

Capsaicin, the critical secondary metabolite compound found in cayenne pepper (and other hot peppers), has been shown to cause cancer cells to undergo “apoptosis” a form of celllular self-termination or suicide, if you will. It’s the capsaicin that makes cayenne pepper hot, and it’s the capsaicin that causes mucus membranes to react. In addition to fighting cancer, cayenne pepper also adds a tasty kick to a number of foods. My jamaican peeps use this and scotch bonnet on a lot of their dishes. Oh-la-la!!

Oregano contains carvacrol, a molecule that may help offset the spread of cancer cells by working as a natural disinfectant. Oregano has extremely high levels of antioxidants and antimicrobial compounds. It is a powerful parasite fighter. Italso contains the phytochemical Quercetin, which is known to slow cancer growth and also promote apoptosis (the death of cells that occurs as a normal and controlled part of an organism’s growth or development). And on top of that Oregano is a good way to season meats!!